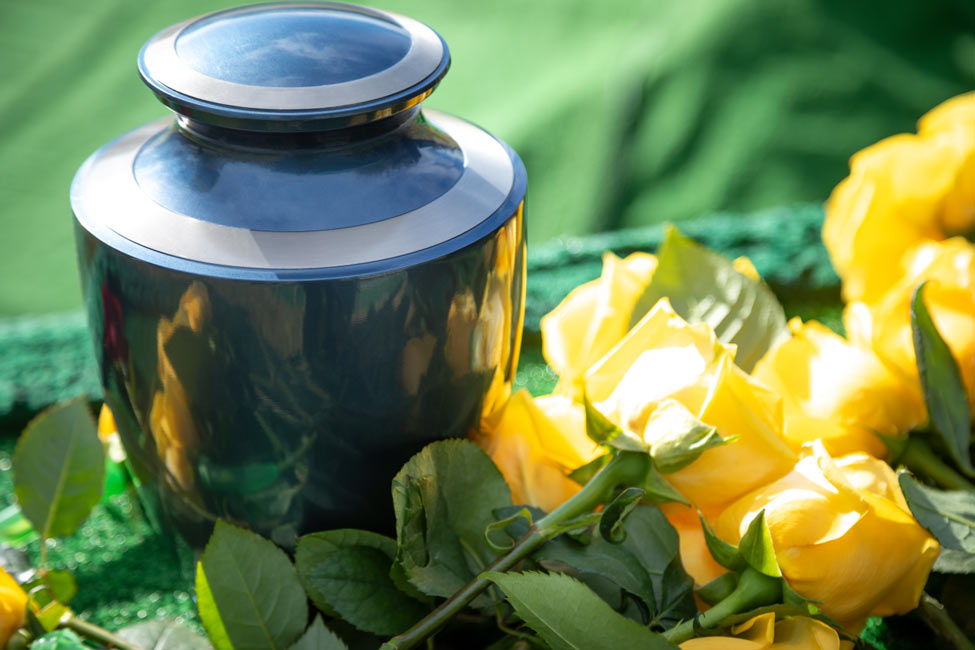 Ministry supports funeral services of dioceses around the country, allowing cremated remains to be buried without charge.

The FBI has turned to the Archdiocese of Detroit for help – not in solving a crime, but in giving a proper burial to hundreds of crime victims.

Some 480 sets of cremains, or cremated remains, that the Bureau was holding onto for some time were interred on All Souls Day by the archdiocese’s cemetery office.

“These are all remains they’ve not been able to find family members for,” said Robert Seelig, whose organization, Catholic Funeral and Cemetery Services, supports the funeral services of many dioceses and archdioceses around the country, including Detroit. “These are either John Doe or Jane Doe type cases, or cold cases of someone who was murdered and they had the remains, and the remains were cremated.”

Catholic Funeral and Cemetery Services, or CFCS, offers several mission services as a way of promoting a Christian vision of respect for the dead. One of those services is known as the All Souls Remembrance Program.

“We offer families the ability to inter cremated remains of a loved one at no charge,” Seelig explained. “The thought behind that program was that as families choose cremation, what statistics show is that only 25% of cremated remains are placed in a cemetery; 75% either go home or get scattered, and we believe the majority of them go home.”

The program is meant to encourage people to “bring cremains that have been sitting at home, and they just don’t know what to do with, or they don’t have the financial means,” said Bob Hojnacki, director of Cemeteries for the Archdiocese of Detroit.

Hojnacki told Aleteia that the FBI’s Detroit office “wanted to do something for a proper burial” and contacted the archdiocese after learning about its version of the All Souls Remembrance Program, known as Gather Them Home.

“It’s become a significant program,” Seelig said. “We’ve probably done over 20,000 free interments of cremated remains throughout the dioceses we work in.”

“Between what families have brought in and from funeral homes and from the FBI, we have close to 700 cremains we’re going to lay to rest after the various Masses,” Hojnacki said in an interview Monday.

At Mass, for the victims whose names are known — and not all of them are — the names were read out. Then, at a committal service, the urns of the deceased were placed into either a vault or the ground.

“There will be a memorial cenotaph where the names we have will be inscribed,” Hojnacki said.

The Catholic Church allows cremation , but says that the ashes must be laid to rest in a sacred place — in a cemetery or, in certain cases, in a church or an area set aside for the purpose of proper interment.

Seelig said that people keep cremains at home for all kinds of reasons, such as waiting until the spouse of a deceased person passes away so the couple can be buried together.

“But the reason I started this program was that we knew that there were some people either for financial reasons or psychological reasons, spiritual reasons, were keeping remains at home, and then, that’s just a long term problem because those remains either get passed along to someone else or … we’ve had stories of literally, when someone dies, finding remains of someone else in people’s homes. Sometimes people don’t know what they are, and they get tossed out.”

The other mission programs offered by CFCS are the Our Precious Lives program for the interment of children who died from miscarriage or who passed away as infants, and the Mother Teresa Program, which serves the homeless and others who don’t have the ability to pay for funeral services.

“The corporal work of mercy of burying the dead is the work we do in the cemeteries,” said Seelig. “One of the spiritual works of mercy is praying for the dead, for those who are in purgatory.”

He said that around All Souls Day, cemeteries get a lot of visitors. “People come to light candles; we have a lot of ceremonies; we have Masses in all the cemeteries. I just consider it one of the holy days of the year that speaks to everyone. All Souls Day is kind of our reflection point for all of us to stop and think about those who have passed before us. I think we revisit our own mortality when we go through that time of prayer.”

This year, as hundreds of cremains handed over by the FBI are buried in Detroit Catholic cemeteries, many will be reminded that whether we know the deceased or not, each soul is known to God.