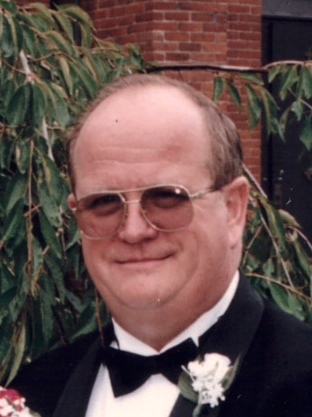 November 24, 1946 - September 25, 2021 Ronald Robert Ellerman, 74 of Roscommon, MI, formerly of Monroe, passed away Saturday, September 25, 2021, at his home surrounded by his loving family after a short battle with cancer. Born November 24, 1946 in Monroe, he was the son of the late Irvin and Sara (Henry) Ellerman. Ronald graduated from Monroe High School in 1964. He married the love of his life, Mary Kay Valimont on September 25, 1965. Their 56th wedding anniversary was the day of his passing. Ronald went on to work for 41 years as an engineer for Chrysler at the Trenton Engine Plant, retiring in 2006. Ronald and Mary Kay then moved north to beautiful Roscommon, where he enjoyed countless hours sitting on his front porch watching the deer and other critters. He also enjoyed working in the yard with his sons on his John Deere tractor and going out socializing and playing pull tabs with his daughters. Ronald was a member of the Grayling Eagles, Knights of Columbus in Monroe, American Legion of Luzerne, Veterans of Foreign Wars in Monroe, and also was a past member and bar manager of the Monroe Fraternal order of Police from 1991 to 2004. Ronald and Mary Kay were very active in the Monroe Moose Lodge, where she was lounge manager and he was the administrator from 1990 to 2006, when they both retired. Ronald held several offices and also had the honor to achieve the Pilgrim degree of Merit. Ronald leaves behind his loving wife, Mary Kay of Roscommon; two daughters, Cathy (James) Byram and Rhonda Ellerman both of Monroe; two sons Ronald (Maureen) Ellerman II of Gaylord and Michael (Amber) Ellerman of Monroe; a brother' James (Sharon) Ellerman of Monroe; a sister, Cheryl (James) Richardson of New Mexico; eight grandchildren; and nine great grandchildren. He was preceded in death by his parents; a daughter Victoria Marie; and three brothers, Richard Ellerman, William (Billy) Ellerman, and baby brother Michael. Family and friends may visit from 2 till 8 pm at Rupp Funeral Home on Sunday, October 3, 2021, with a Pilgrim Service taking place at 4pm. Visitation will continue on Monday, October 4, 2021 at the funeral home from 11am till 1pm with a funeral service beginning at 1pm with Rev. Larry Detruf. Burial will take place following the funeral service at St. Joseph Catholic Cemetery, Monroe.